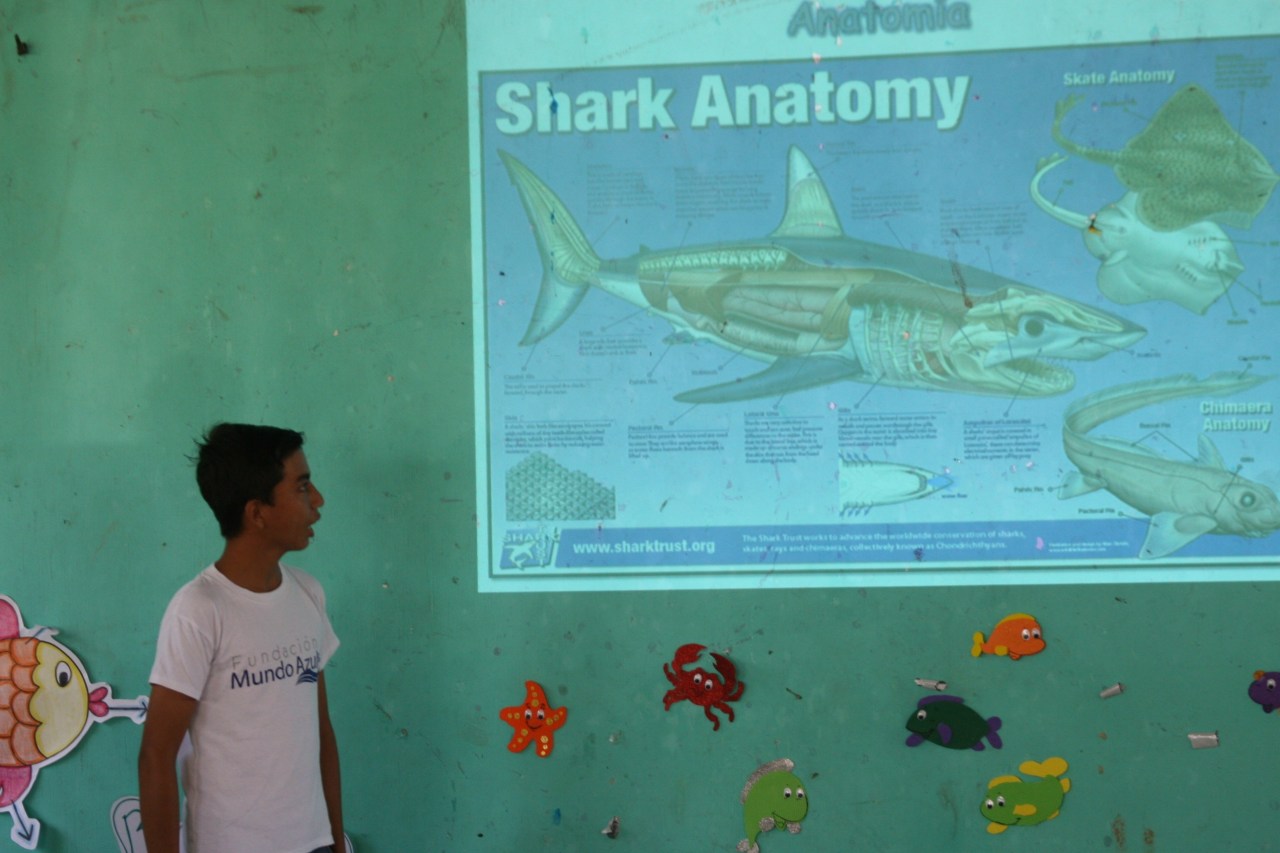 WORKSHOP ON BIOLOGY AND ECOLOGY OF SHARKS

The first workshop on shark biology and ecology was held in the community of El Quetzalito with the help of volunteers. The presentation on biology consisted of specific subjects like the senses, forms of feeding, types of teeth, anatomy and reproduction of Sharks. The presentation on ecology was about the different types of habitats, shapes of the body and the coloring of Sharks. There was also a children’s theatre about sharks where 30 children were educated about the importance of these organisms.

We thank our partner in this project Omoa Preservation Corps for joining us and for having the opportunity to work together. This project is possible thanks to the financing of the federal Government of the United States. 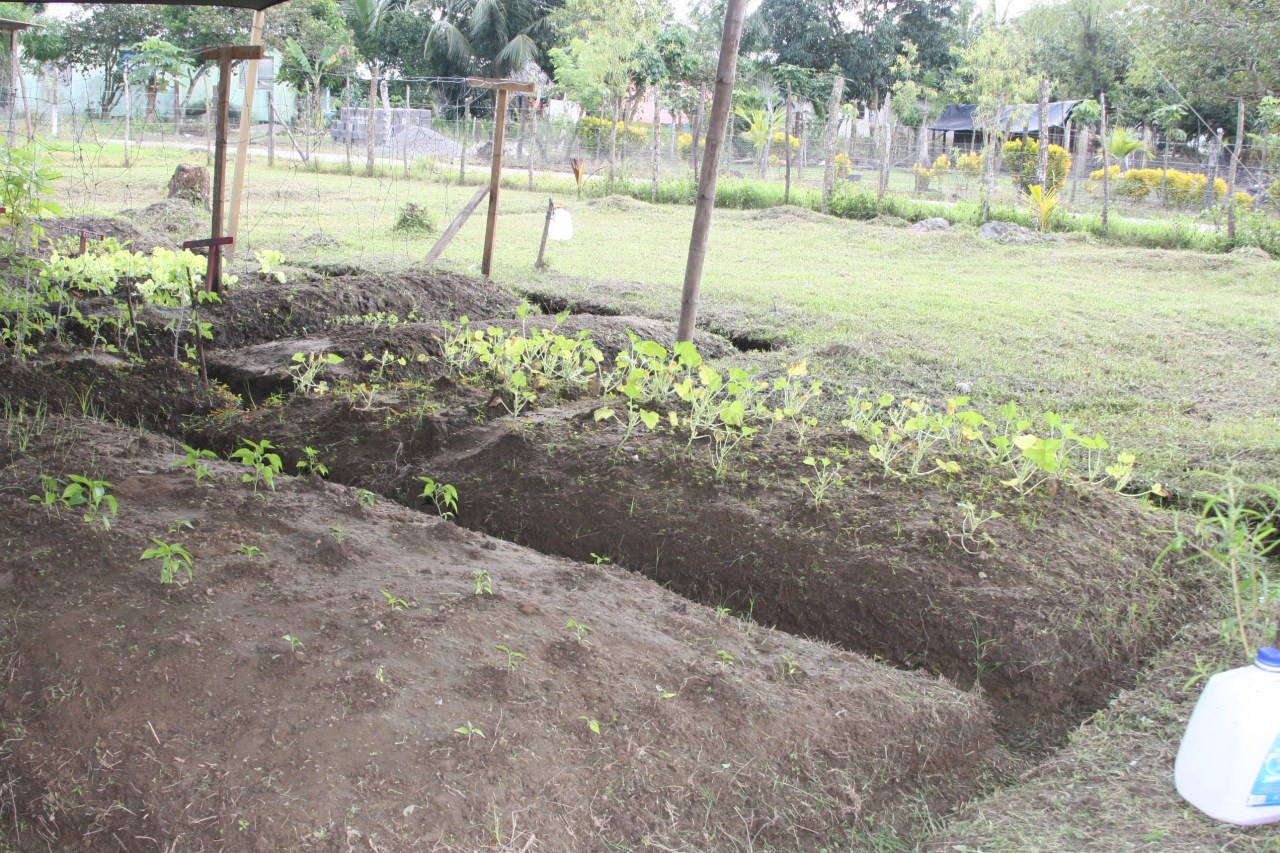 We want to share our video about the permaculture project in the communities of Switche III, El Quetzalito, San Francisco del Mar and Media Luna. We are very grateful to the young people of the communities, and to all the community who supported us to carry out this project. Many thanks to CONAP for the support provided to this project and for all its conservation efforts for the Punta de Manabique Wildlife Refuge. Many thanks to MarFund, FCG, German cooperation and KfW. 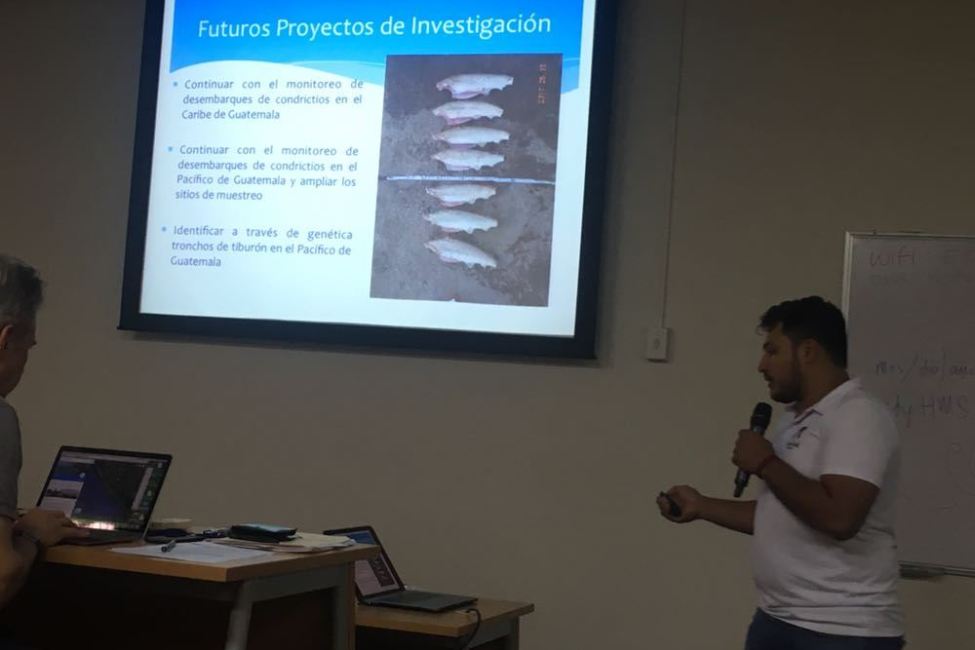 MigraMar held its annual meeting in Panama City from the 13th to the 17th of December of the year 2017. They were present founding institutions of MigraMar, as well as organizations of the East Pacific that carry out research on subject of highly migratory species (mainly sharks, rays, whales and sea turtles). Blue World Foundation was invited to participate on 14th, 15th and 16th December.

During the first day and a half the workshop was conducted biological data and telemetry registered. The workshop was carried out using the program R and R Study for analysis of data captured by acoustic and satellite marks. The first part used the VTrack package to be able to extract data from the records of organisms with acoustic probes and to carry out statistical analyses thereof. The second part was to use the observed data of the individuals marked to predict current behaviors (for example travel behavior, forage, rest, etc.) using data travel speed, angle of turns and depth. The last part was on the use of position data and how to view this data in geographic information systems within RStudio, in addition to relate server data (temperature, chlorophyll, among others) and relate to the Observed data.

After the workshop there was a small round table playing the issue about the attack of sharks and the presentation of a case of a bull shark attacking a tourist in Cocos Island in Costa Rica.

After the workshop there was a small round table addressing the issue about the attack of sharks and the presentation of a case of a bull shark attacking a tourist in Cocos Island in Costa Rica.

Blue World Foundation presented the results obtained from the evaluation of the chondrichthyes fishery, the monitoring using BRUVs and scientific longlines and the evaluation of perception on sharks and rays in the Caribbean of Guatemala. With respect to the Pacific of Guatemala, the preliminary results of the evaluation of the Chondrichthyes fishery were presented in 2 coastal communities. The points that generated greater interest in the people present were: the high incidence of infant and juvenile hammerhead shark (Sphyrna lewini) as incidental fishing in the Pacific of Guatemala, the fishing of juveniles in the Caribbean of Guatemala and the registration of New species in Guatemalan waters, the mutual collaboration between the children of fishermen and Blue World Foundation, as well as the scholarships given to them, and the environmental education material that has been carried out to make known the importance of the Sharks in Guatemala.

New article! These studies report the first record of the Chimera Neoharriota Carri in Guatemalan waters and N. Carri more northern records in the western Atlantic. Details on the identification and measurement of these species are presented. 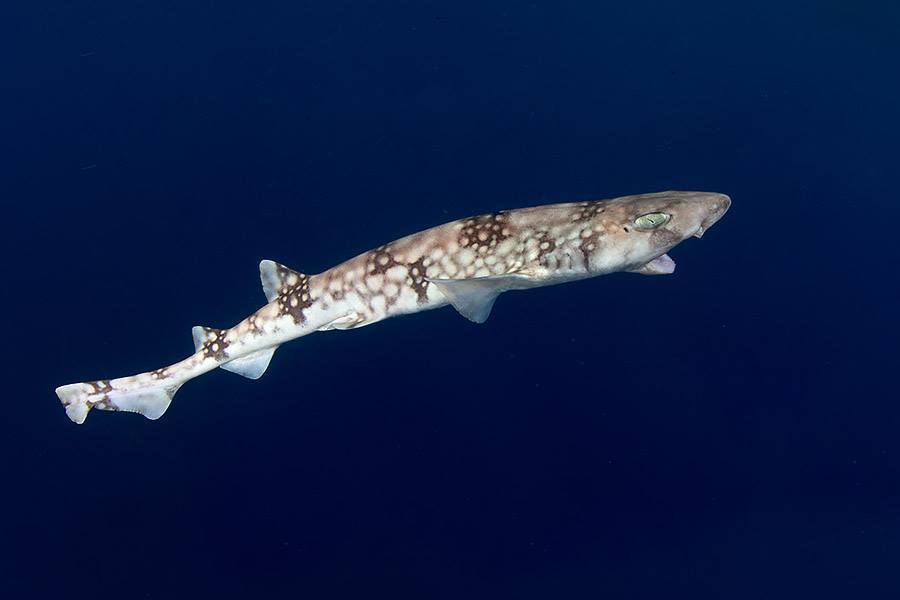