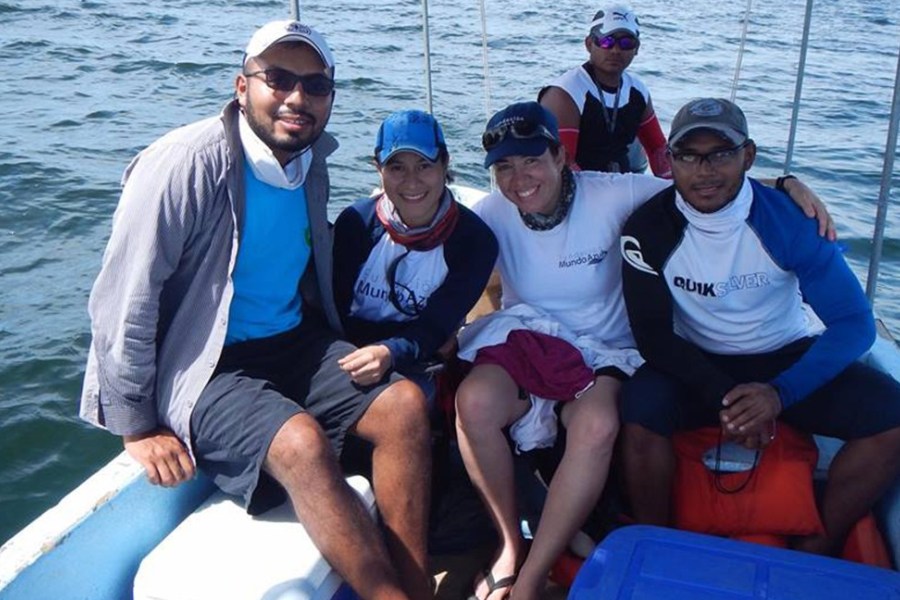 During July, the second monitoring of mega marine fauna was carried out using scientific longlines in the Caribbean of Guatemala. Three Rays were successfully captured, scored and released. In addition, a shark was successfully captured and released which, because of its very small size, was decided not to be marked. This work was done thanks to the support DIGI/USAC/CEMA/Blue World Foundation (Directorate General of Research/University of San Carlos of Guatemala/center of Studies of the sea and aquaculture/Blue World Foundation). We also want to thank all the support provided by the fishermen of the community Quetzalito and Livingston, and Colombo Estupiñán-Montaño. M.Sc., Director of research at Allium Pacific Foundation.