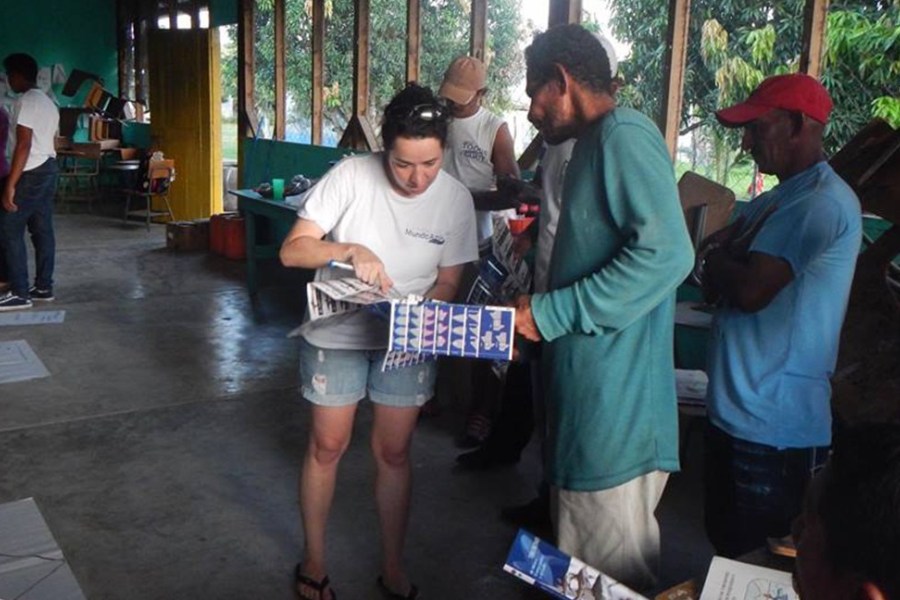 Last week, from 24th to 26th of August, Blue World Foundation, with the support of the Rufford Foundation, held the second workshop of the project “participatory management of shark fishermen in the Caribbean of Guatemala”. During this workshop was given to each of the participants the “Manual of Monitoring of Sharks and Rays for Fishing Technicians and Fishermen” and “shark identification guides”, material that was explained during the workshop. In addition, during this workshop, fishermen and local volunteers were told how to conduct a monitoring of landings of sharks and rays. To this end, they were explained how to carry out a monitoring of sharks and scientific rays, collecting scientific data, photographs and samples, material that is later used for scientific purposes.